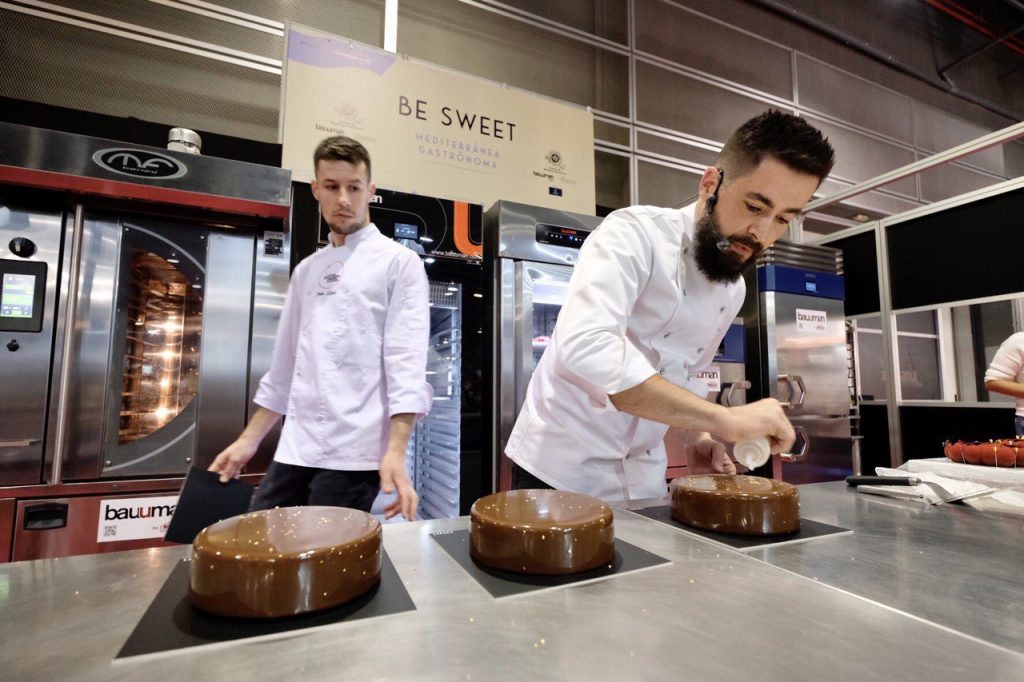 Mediterránea Gastrónoma celebrates the most professional event in its history

The professional community has worked really hard at Mediterranea Gastrónoma, the largest food fair in the Mediterranean region. For three days, thousands of visitors from the sector attended Feria Valencia, which concluded today, after meeting all its objectives.

Valencia, 9 November 2021 – Mediterránea Gastrónoma concluded today after a historic event. Not only has it been the fair where the sector has finally been able to come together again, but it has also been attended by the most professionals in its history. Thousands of professionals filled the halls of Feria Valencia and attended the presentations in its 14 spaces, which hosted more than 150 speakers.

Mediterránea Gastrónoma was much more than a trade fair. It has been excitement, it has been business, it has been celebration, sector and gastronomy in its purest form from a 360-degree perspective. “We are very happy at the close of this event,” said Carlos Mataix, president of the event. “The number of people working in the sector who visited us was the highest in our history”, he applauded. He also wanted to emphasise that Mediterránea Gastrónoma has managed to promote training and professionalism in the sector, as well as transmitting a food culture to society thanks to the presentations and the experiential part of the fair.

“This event has once again demonstrated the strength of the sector,” said Manuel Espinar, vice-president of Mediterránea Gastrónoma and president of the FEHV. “It is important to reconnect in person and add synergies for all of us who are part of the sector, both suppliers and professionals and producers, we all count and this is a starting point for recovery, not only economic, but also emotional,” he added and recalled that it has also been the event of reunion.

Speeches, prizes and a ‘ronqueo’

One of the most eagerly awaited moments was the spectacular bluefin tuna ronqueo [‘ronqueo’ is the traditional quartering of the tuna] (you can see the video here). It was cut up and, as a highlight, José Ynglada, from Arahy, and Ulises Menezo, from Grupo Tastem, prepared different dishes based on the 190-kilo specimen, which captured the attention of the public that had packed the Central Kitchen.

The final touch was the presentation of the ‘One of Our Own’ award to Manolo de la Osa, one of the first Michelin-star chefs in Spain for a garlic soup that surprised the jury. The event honoured one of the great figures of Spanish cuisine. It was the perfect ending to a fair that was full of enthusiasm and leaves the sector looking forward to holding the fair again next year.

Mediterránea Gastrónoma, which collaborated in the presentation of the ‘Molt de Gust’ brand, will be held at Feria Valencia 7-9 November and is supported by Turisme Comunitat Valenciana, the Regional Ministry for Agriculture, Rural Development, Climate Emergency and Ecological Transition, the regional governments of Alicante, Castellón and Valencia and Delicious Valencia and is organised by Feria Valencia, with the support of the main sectoral associations and the help of the chefs in the Valencia Region.