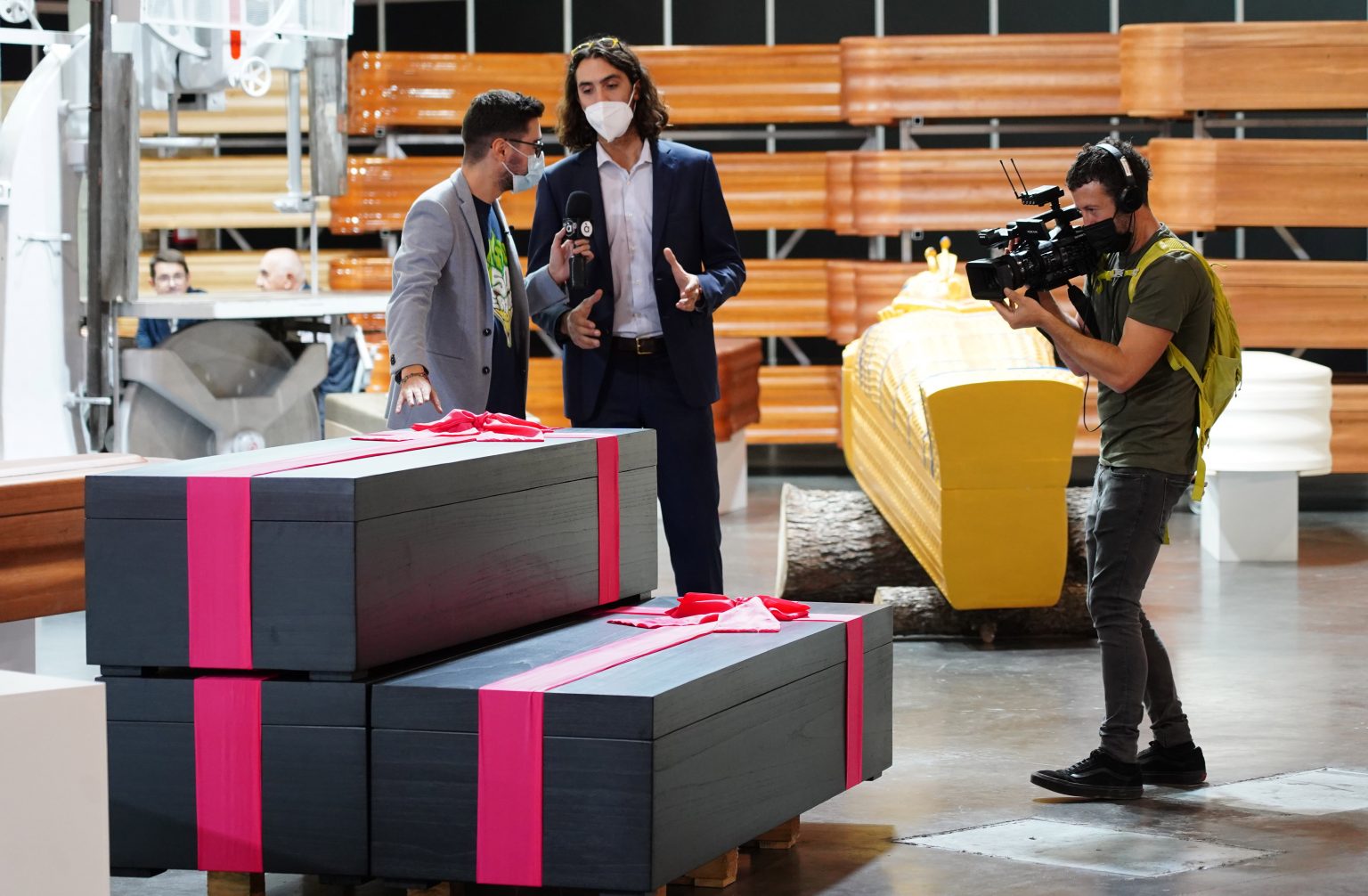 One idea, one fair and one billion hits

It all started with an idea, a successful series and a replica. The company Arcae took part in Funermostra, the international fair for funeral products and services at Feria Valencia, and it did so with one clear aim: to reach professionals in the sector, sell its products and make itself known nationally and internationally.

So, late in the afternoon prior to the event, Arcae unloaded a surprise at its stand, a surprise aimed at promoting its brand: several coffins with large pink ribbons, which looked like something out of the hit Netflix series ‘Squid Game’, a show that has been watched by more than 111 million people. With this initiative, Arcae not only achieved its aim, but also managed to cross borders and achieve a substantial media impact.

They could have shown this idea in their own showroom, factory or offices, but instead they launched it at Feria Valencia. The decision could not have been wiser. Spain, Argentina, Colombia, the United Kingdom, Ireland, Mexico, Peru, the United States, Saudi Arabia, South Korea, etc. The total audience reached thanks to the media information related to the ‘Squid Game’ coffin was 1,080,594,821 potential hits, according to a study carried out by the company Auditmedia on the main worldwide online impact achieved by the presentation of these coffins.

In addition, the media presence analysis from this same study revealed that, between 20 October and 31 October 2021, the Arcae coffin replica achieved more than seven million results on Google, reaching international media such as Reddit, 9gag, American Post, Dailymotion and Rolling Stone, etc. Likewise, it was reported in important national newspapers, such as La Sexta, RTVE, Cuatro, Cadena Ser, Onda Cero and eldiario.es.

Trade fairs as a promotional tool

Trade fairs are living markets. They are the best source of information for the sector. They are also the major nerve centre for exchanging opinions and spotting trends. Trade fairs are undoubtedly the only places that manage to bring together the technical and general media over a number of days and achieve a media impact as great as the one described above. An impact that is difficult to achieve individually.

This is demonstrated by the latest Auditmedia report, according to which media coverage of the events and fairs held at Feria Valencia reached a value of more than 19 million euros in the year before the pandemic.

This translates into tens of thousands of appearances in the traditional media, such as press, radio, television and digital portals. In addition, the social media also saw an increase in results: Feria Valencia has almost one million followers on Facebook, Twitter, Instagram, Youtube and LinkedIn. Figures that keep growing. All these translate into hundreds of millions of opportunities to be noticed. This data backs up the idea that coming to Feria Valencia is not an expense, rather, it is an investment. It shows that it is a unique promotion tool available to help businesses gain credibility, create a brand, make contents go viral and reach new potential clients. All that is needed is to have an idea, come to Feria Valencia and tell people about it.