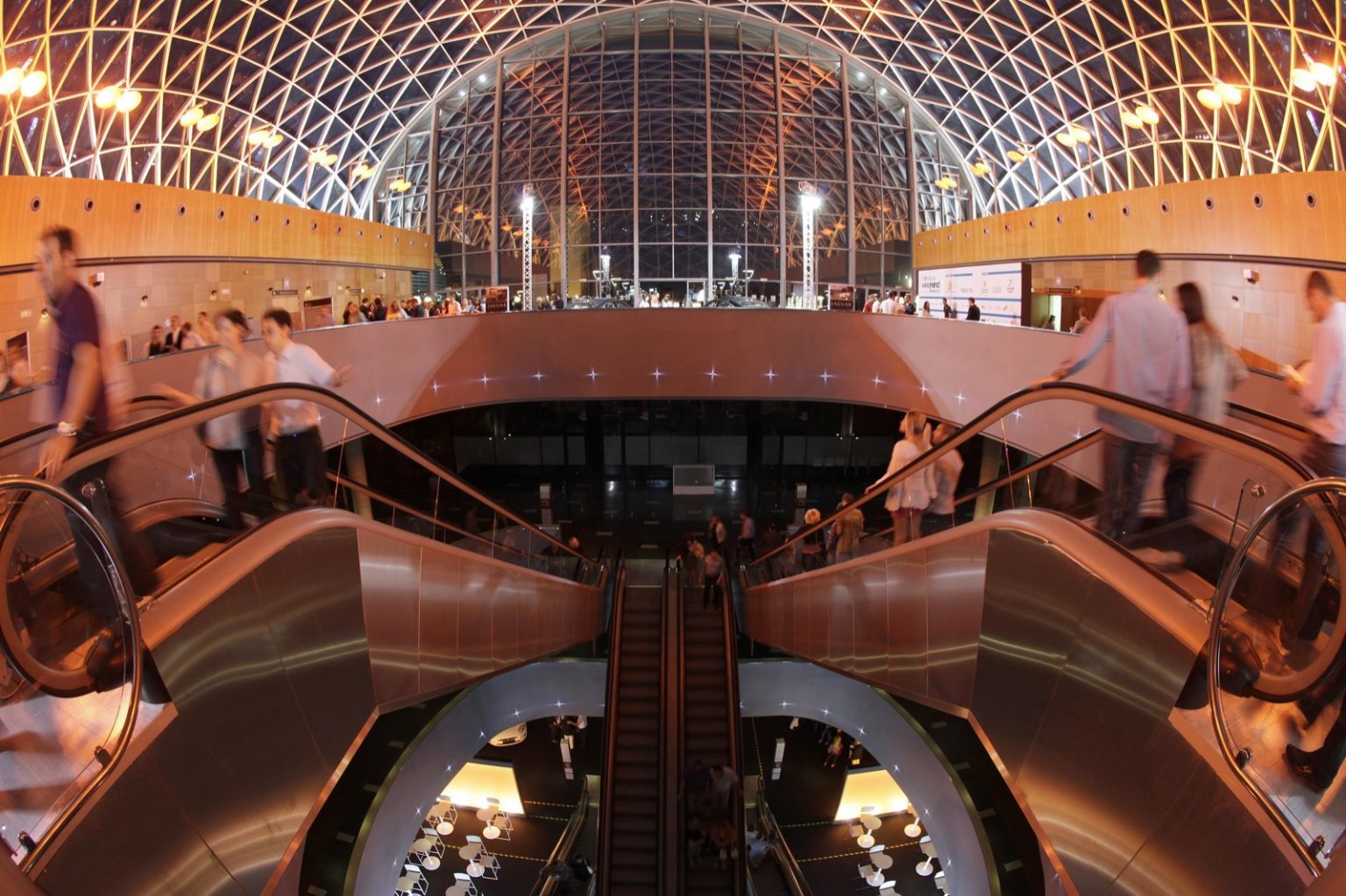 The external events business saw a partial bounce-back compared with 2020, the worst year of the pandemic, when the excellent progress achieved in recent years came to a standstill.

A total of 41 events were held, compared to 8 in 2020. In total, 92,214 people attended these events, which represents an increase of 903.64% compared to the previous year and a very positive figure considering that the mobility problems and uncertainty caused by COVID-19 made it impossible to hold a significant number of projects.

The bounce-back in activity was largely due to Feria Valencia’s efforts to ensure that its facilities were seen as a safe space. Temperature checks, capacity limits and controls over the flow of people, obligatory use of masks and maintenance of the minimum distance between people, extreme ventilation and cleaning of spaces among many other measures. All these, together with our mentoring work with event promoters, helped us to hold large-scale events despite the adverse circumstances.

The events held covered a broad range: private product presentations, filming, elections, training courses, conferences and trade fairs. However, the indisputable leading event was the Selectividad exams (pre-university exams in Spain). The promoters found Feria Valencia to be a safe space that allowed thousands of people to meet in an exam format with complete safety guarantees. A total of 12 exams were held compared to the 3 that took place in 2020 and 0 in 2019, achieving a turnover of €588,099.71. This figure represents an increase of 1,977.72% compared to 2020. Another top-performing type of event in 2021 was photo shoots and filming, with a total of 10 being held compared to 2 in 2020. Turnover for this type of event was €46,941.59, 1,615.53% more than in 2020.

One of the most significant projects, due to its timing and purpose, was the MPI Global Meetings Industry Day, the world’s largest gathering of meetings and events professionals. The theme of the event was a call for help and a declaration of intent: Meet safe. Save meetings. Held on 8 April in a hybrid, in-person format for 150 people, the event aimed to raise awareness and support for in-person events at a time when the vast majority of events had been cancelled or were being held online. The professionals from the MICE sector who attended the event emphasised and demonstrated the importance of the sector for the economic recovery of tourist destinations and the economy in general. The event served to show that, after a year of inactivity in the sector, the time had come to demonstrate that, just as many sectors had adapted to the new normality, so had the events sector. The meeting made a great impact amongst the professionals in the MICE sector, appearing in 12 national general and specialised media reports. On Twitter it obtained 27 million hits with 2,778 tweets, making it a trending topic. On LinkedIn, 16,996 hits were achieved by 28 publications.

But undoubtedly the most important event and the one with greatest visibility in 2021 was PSOE’s 40th Federal Congress, which took place from 15 to 17 October. With a total of 20,000 attendees, 14,000 at its peak, it was a real organisational challenge and confirmation that, with the right safety measures in place, events need not stop. The organiser’s approach highlighted the delineation and good integration of the different areas in the conference centre, achieving a good flow of people between the work areas, the offices and the most crowded meeting spaces. The landscaped square acted as a great meeting place for the attendees. While the versatility of Hall 5 allowed the organiser to adapt to the image and capacity needs of each session.

Another noteworthy event was the launch of the Fundación LAB Mediterráneo, a project promoted by the Valencian Business Association, which took place on 29 September in Hall 8. In an innovative set-up that was customised for the project, the aim of the event was to show the 250 attendees, all of them important businesspeople, the strategy for positioning the Valencian Region as a benchmark in entrepreneurship, innovation, technology and research. The event was also broadcast via streaming, thus reaching a much wider audience.